I know little about Doctor Strange in the comics. I’ve only met him once, in the all ages-friendly pages of Marvel Adventures Spider-Man when my then-five-year-old son and I were discovering comic books together.  But I think I know what sets Strange apart from most superheroes: His superpower is magic.

He’s not an alien. He’s no mutant. He’s not even interested, as Reed Richards is, in pseudo-scientific talk of quantum realities or extra-dimensional planes of existence. He’s just unapologetically all about spells and chants and trances and amulets, and you can take it or leave it—he’s good either way.

The Doctor Strange trailer promises us the movie will show us how he became this no-nonsense wielder of weird arts.

Sure, the trailer feels familiar—and not just because the special effects, while impressive, conjure up more than a few memories of Inception. This movie will be an origin story, one that sticks closely to the Joseph Campbell monomythic pattern:

But the best bit about the Doctor Strange trailer is the moment near its end. The Ancient One—played, in an odd (at best) casting choice, by Tilda Swinton (as Angry Asian Man discusses)—tells Strange, “So much you don’t know.” Strange, his wide eyes hungry for wonder, pleads in reply, “Teach me!”

That honest zeal for new knowledge and understanding may be Strange’s most heroic trait. 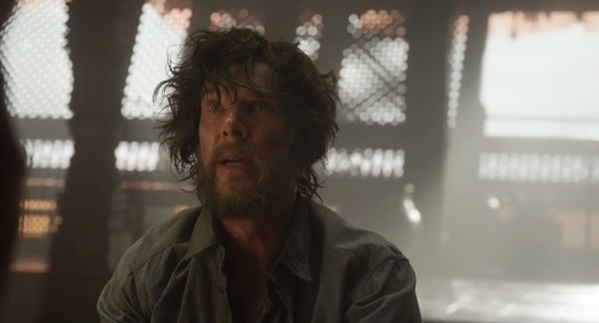 When the world doesn’t conform to our preconceptions—when, viewed through our own particular “keyholes,” it won’t make sense—how often do we assume the fault is with the world instead of with us?

When God doesn’t measure up to our expectations—when prayers seem to go unheard, when problems are unresolved, when our questions remain stubbornly unanswered—how quick are we to think that it’s God, and not us, who doesn’t know so much?

Everyone needs experience-based, reliable models of the world. How could we, how could society, function without them?

And believers benefit from disciplined theological reflection, the testimony of Scripture, and the wisdom of church tradition.

But we also need to leave room for surprise and for mystery. Without despairing of ever knowing anything about the world or God for certain, we must remember that “now we see in a mirror, dimly” (1 Corinthians 13.12, NRSV).

“Nothing will be impossible with God,” the angel Gabriel told Mary, Jesus’ mother (Luke 1.37). When we remember that there is so much we don’t know, and ask God to teach us as eagerly as Stephen Strange asks the Ancient One to teach him, then our futures, like his, are full of possibility.

Doctor Strange opens November 4. Are you looking forward to it? What did you think of the trailer? Let’s talk in the comments below!