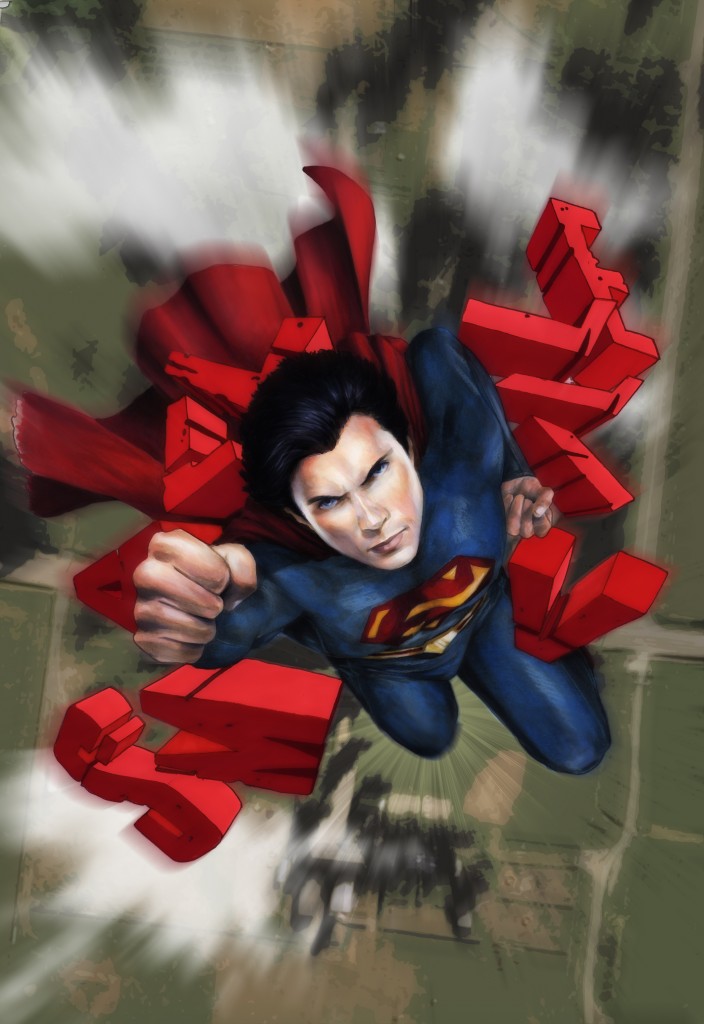 Today, the official DC blog, The Source, announced that Bryan Q. Miller will be penning “Season Eleven” of Smallville for the comics. Each new adventure will premiere as a digital comic, collected monthly for the paper-and-ink crowd (luddites like yours truly). Quoth The Source:

Actually, I was affectionately teasing the show earlier. For its first few seasons, Smallville was not only one of the most consistently entertaining shows on TV but also one of the most creative takes on Superman’s origin we’ve seen. In addition to having written for the TV series, Miller wrote an outstanding, if all-too-brief, Batgirl just before the debut of “The New 52,” so watching him handle Smallville‘s cast of characters again, especially with the help of his Batgirl buddy Perez, could be fun.

What do you think? Are you up for some red-and-blue, blurry flights back to the Man of Tomorrow’s Kansas home–or are you more than ready to move on (as I thought Clark himself was…)? Let us know in the comments below!

2 comments on “Somebody Saaaaaave Me… (Comics News)”