Batman v Superman: Dawn of Justice is not as bad a movie as the professional critics say it is. Only 28% “fresh” on Rotten Tomatoes? Ouch.

Now, I admit there’s a lot wrong with this film—

—but not everything is wrong with it. Quite a few things are right.

And the movie gives Wonder Woman an amazing (if too short) introduction.

When she finally jumps into the fray, blocking Doomsday’s big, bad energy blasts with her magic bracelets, the electric instruments in the orchestra start to wail, and the moment feels perfect. (Not even a dumb male chauvinist joke between “the boys” at that moment completely breaks the spell.) And when Wonder Woman snagged Doomsday with her golden lasso, I wanted to stand up and cheer.

The glimpse we got into Wonder Woman’s World War I past intrigued me (that grainy, black-and-white photo from 1918 has something of a “Captain America and his Howling Commandos” feel to it). Her judgment that the world men created in her century-long absence—and I do think she’s indicting men, not “mankind”—is one in which people can’t stand together was one of the movie’s meatier moments. Judging from the sneak peeks we’ve had, her solo movie next summer should be a good one.

But even with Diana in action at last, it’s Lois Lane who emerges as this movie’s most wonderful woman. In fact, she comes closest to being its most heroic character, male or female.

Not as a first-class reporter. She’s still fearless as ever when pursuing stories no matter the personal danger. Her interview with the African warlord is a classic Lois moment (“I’m not a lady; I’m a journalist”). But Lois’ romantic involvement with Clark has compromised her journalistic integrity. She colludes with General Swanwick to bury the story of Lexcorp’s shady arm-supplying in order to protect Superman, the man she loves and believes the public at large must love, too. I sympathized with Lois during this subplot, but I think (at least I’d like to think) a Pulitzer-winning investigative journalist would have the courage to print the truth, regardless of potential consequences—as this version of Lois herself argued to Perry White in Man of Steel. Instead, she’s more concerned, as Swanwick accurately states, with Superman’s “halo,” and perhaps her own.

But even though this Lois Lane isn’t always a heroic reporter, she’s still the most heroic Lois we’ve ever seen on the big screen. Her dive into the waters to get the kryptonite spear needed to kill Doomsday was the most moving part of the story. Lois Lane was risking her life to save the world! For several minutes, I thought she’d die making the attempt—and we might not get her back. Lois’ death would have been not only a creative twist on the Doomsday storyline, but also a genuine portrait of heroism—and love (see John 15.13).

Lois survives, of course, and Superman is the character who—as he did onscreen in 1978, and in 2006, and in 2013— gets to act in Christ-figure fashion, this time laying down his life for the world. (I don’t know why the studio chose to release this film on Good Friday, but the connection to the Christian calendar works.) But Lois’ survival diminishes none of what she tried to do. What she attempted was worthy of a hero in a Tolkien tale: an impossible quest, with defeat as the all-but-certain outcome, undertaken anyway because it is the right thing to do and the world hangs in the balance.

And she does it as a human being—a limited, flawed, “mere mortal.” She can’t draw on Superman’s strength or Batman’s militaristic tech or Wonder Woman’s Amazonian might. All she can do is give all that she can in the hope that it will make all the difference.

That’s gutsy. That’s brave. And it rings truer than anything else in Batman v Superman. In the end, whatever the filmmakers’ intention, this movie lifts up neither Batman nor Superman as role models.

I don’t want to be like this Dark Knight, so psychically scarred that I don’t think two decades of fighting on the side of law and order amounts to anything, so lost in despair that I’ve stopped counting bodies and believe that the ends justify the means.

I don’t want to be like this Superman, even if I somehow could be, still uncertain if I should use my gifts and abilities in the service of others, doing nothing to discourage other people from worshiping me, not really claiming my role in life until the moment of my death.

I wouldn’t mind being as kick-butt as this Wonder Woman, but no amount of exercise and proper diet (though I confess I could use more of both) will get me to that level of physical excellence. 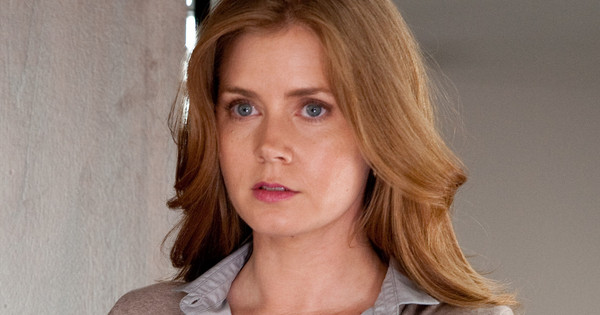 But this Lois Lane? Willing to do something for others even if it’s hard, even if it’s scary, even if there’s not much chance of success?

That’s what the world needs more of these days. That’s what I need more of. I’d like to aspire to that.

What did you think of Batman v Superman? Let’s talk in the comments below!