I saw a lot of lens flare in “Time Heist”—not just a few sparkles here and there, but all-out bursts of brilliance that put the incandescence in J.J. Abrams’ Star Trek movies to shame. Brief blazes of light appear as the Architect’s hand-picked, freshly mind-wiped burglars “first” meet each other, and as they listen to their taped instructions… as they descend into the dark bowels of the Bank of Karabroxos and discover the briefcase of “atomic shredders”… as the Teller starts to scan Saibra’s thoughts, and as Psi exercises his “exit strategy”… At all these points and more, light shines in darkness.

Maybe the director, lighting designers, and cinematographers simply wanted to make the show look cool (and it does). I can’t help but wonder whether the lens flare serves a larger purpose. As Abrams uses it to suggest the proverbial “future so bright you gotta wear shades,” perhaps the lens flares in “Time Heist” point to a brighter future ahead for our favorite Time Lord.

My hypothesis might be more compelling had the Doctor’s epiphany, “I hate the Architect!,” been punctuated with an actual flash of light as opposed to the banging of a gong. Even so, it seems a breakthrough moment for him. To this point in series 8, the Doctor has groaned and grumbled about his pre-frowned face (“Deep Breath”), despaired at the exposure of hatred in his heart (“Into the Dalek”), resisted the idea that heroes exist and rejected the idea that he is one (“Robot of Sherwood”), and (I contend) discovered he is his own worst nightmare, the monster beneath the bedspread (“Listen”). In “Time Heist,” however, he does more than repudiate a sense of himself that he does not like. He constructs a new one. 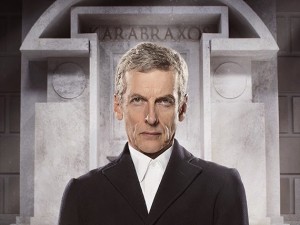 “He’s overbearing,” the Doctor says of the Architect, and thus of himself. “He’s manipulative. He likes to think he’s very clever. I don’t like him!” And so we see him change. Contrast his deceitful manipulation of Ross as the soldier died (“Into the Dalek”) with his truthful but compassionate treatment of Saibra (Pippa Bennett-Warner) as the Teller feasts on her mind. He apologizes that he doesn’t know how to save her, gives her the “atomic shredder” to end her pain, and endorses her hatred of the Architect (not yet knowing he is him) but not her desire to kill him: “I can’t make that promise.” He honors Saibra; he does not treat her as small. No wonder she deems him “a good man,” this year’s leitmotiv. (I wish we’d seen the Doctor’s reaction to her words!)

For more evidence that the Doctor is changing, enjoy the team’s last trip in the TARDIS as the Doctor himself does. He’s smiling! He’s telling jokes! He’s laughing—the “gray old man” who couldn’t stand Robin Hood’s merriment two weeks ago is laughing! The man who, in Sherwood Forest, spurned the notion of storybooks and fairy tales is now reveling in a happy ending all his own. He has set right a serious wrong, freeing the Teller and its mate to begin again in some extraterrestrial Eden. He has secured for Saibra and Psi (Jonathan Bailey) what they want most, granting them their hearts’ desires like a Wizard of Oz who can actually deliver the goods. He even, perhaps, feels some resurgent twinge of his old romantic interest in Clara, confident he’s shown her a better time than she could have on any mere “date.” He has—at least for now—abandoned pessimism, not for utilitarian concerns of “team morale” but because he is a part of “Team Not Dead!” 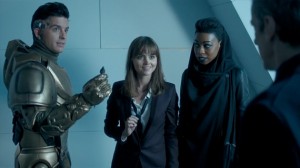 What Rusty the Dalek lamented, the Doctor is celebrating: “Life returns. Life prevails.” Maybe all the lens flares in “Time Heist” prepare viewers for the story’s conclusion that guilt, regret, and memories we’d rather delete do not have the last word. It’s not a self-evident conclusion; we had no guarantee this generally quite somber and grim episode would end as it did. I think the Doctor’s amazement at Psi and Saibra’s survival is genuine.

If their return from a false death produces such amazement, how much more amazed should we be in the presence of real Resurrection? All those lens flares, shining in darkness that cannot overcome them, make me think of the Light of the World, whose return from real death to new life announces an amazing, unexpected, unmerited end for those who are in him. As novelist and Presbyterian minister Frederick Buechner says, “Death is not the end. The end is life. His life and our lives through him, in him. Existence has greater depths of beauty, mystery, and benediction than the wildest visionary has ever dared to dream.” 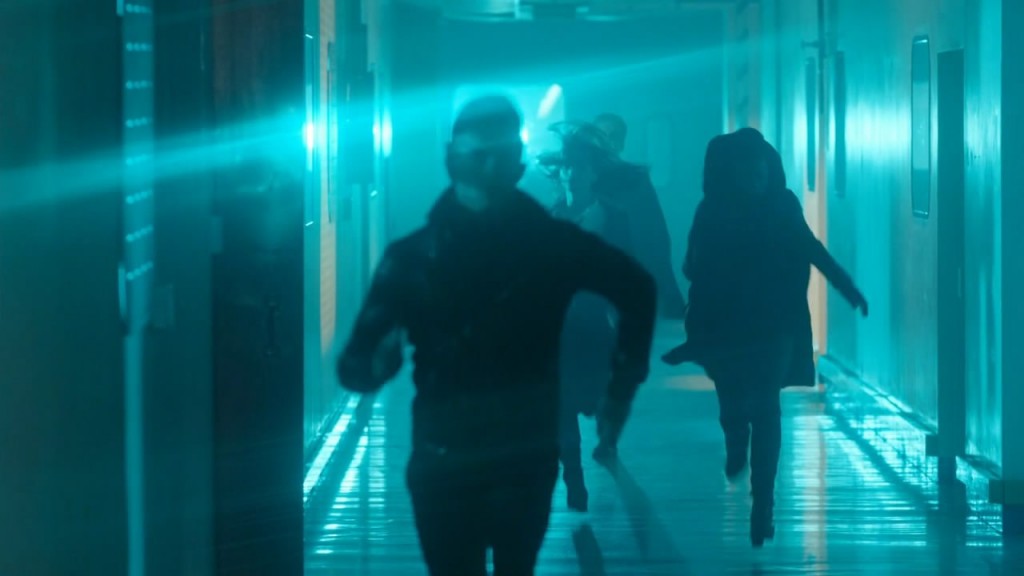 Quotation from Frederick Buechner: “The End is Life,” The Magnificent Defeat (Harper & Row, 1966).